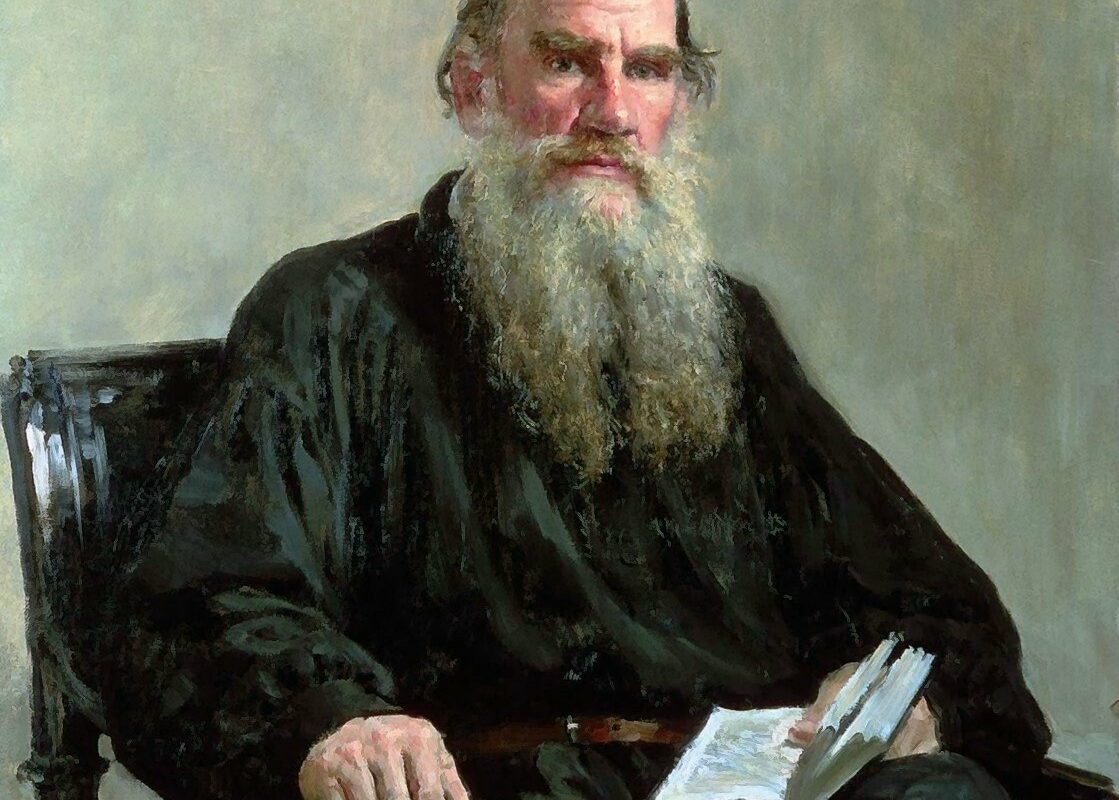 When Tolstoy came to face death, he agonized: What will become of my whole life…? Does it have any meaning that the inevitable death awaiting me will not destroy…?

These concerns were being expressed by someone considered widely as one of the giants of world literature; the man who wrote War and Peace, Anna Karenina, and The Death of Ivan Ilyich. The Russian writer, belonging to that exclusive club of great authors of all times, died in 1910 at 82.

Leo Tolstoy was born to an aristocratic family and married the daughter of a court physician, Sonya Andreyevna. They had 18 children, five of whom died before they were ten. His wife, who was his secretary, editor and financial manager, gave him the support system to compose in peace and tranquillity. He did -he was successful for the rest of his life, receiving 30 letters a day on average; all of this pre-social media! Imagine…

He was also deeply admired by fellow writers like Dostoyevsky, Chekhov and Flaubert. Anton Chekhov, who often visited count Tolstoy at his country estate, Yasnaya Polyana in mid-Russia, wrote: When literature possesses a Tolstoy, it’s easy to be a writer, even when you have achieved nothing yourself and are still achieving nothing because Tolstoy achieves for everyone.

Later authors, as diverse as Virginia Woolf, James Joyce and Thomas Mann, continued to recognize his greatness, each praising his work. James Joyce, in particular, was very outspoken:

Tolstoy, an active supporter of the Russian poor, had renounced his aristocratic title and was a persistent critic of the Russian imperial regime. As well as of the Russian Orthodox Church. In later years he converted to Christianity, but a primitive version, based entirely on the teachings of Jesus.

His ideas on pacifism and nonviolence had a profound impact on 20thcentury icons like Mahatma Gandhi –who named his second ashram in South Africa: The Tolstoy Colony, and African-American civil rights leader, Martin Luther King.

However, all was not bright and rosy. Throughout his life death was one of Tolstoy’s obsessions. Haunted by an intense fear of dying, he often suffered full-blown panic attacks: If God does not exist, and we must all die, what is the point of living?

In The Death of Ivan Ilyich, the main character exclaims: It can’t be me, having to die…Why, why dost Thou torment me so terribly? That would be too horrible…

He quotes the stoic philosopher Marcus Aurelius, who emphasized that it’s not death that man should fear, he should fear never beginning to live…

According to one of his journals, Tolstoy forced himself to follow a very strict daily program. His Rules of Life included:

-Walk For an Hour Every Day

-Only Do One Thing at the Time

-Keep Away From Women

-Visit a Brothel Only Twice a Month

In Confession, a short autobiographical memoir, he does confront his fear of death. He explores mortality, his own and ours, and what it means to die: How shall we face our own end…?

The Railway station of Astapova

One day he flees his home in the middle of the night, explaining in a letter to his wife -of 48 years of marriage- that he wants to leave his worldly life behind: I am doing what old men of my age usually do, I want to spend the last days of my life in solitude and quiet…

A few days later he is taken seriously ill on board of a train and forced to get out at Astapova, a remote Russian village, where the stationmaster gave him the use of his house. His celebrity attracted hundreds of admirers, as well as reporters from all over the world to catch his final hours. He died from pneumonia at the railway station of Astapova, on November 7, 1910. The same issues are tormenting him again; the big question: What will come of my whole life…? Is there any meaning in my life that the inevitable death awaiting me will not destroy …?

He shouldn’t have worried. Streets are named after him all over the world. His head is on stamps. There are even prepaid 4 kopeke-envelopes with his head on it circulating in Siberia. His home, the estate Yasnaya Polyana, is turned into a museum… He is here forever!

Had he known, would it have made a difference?