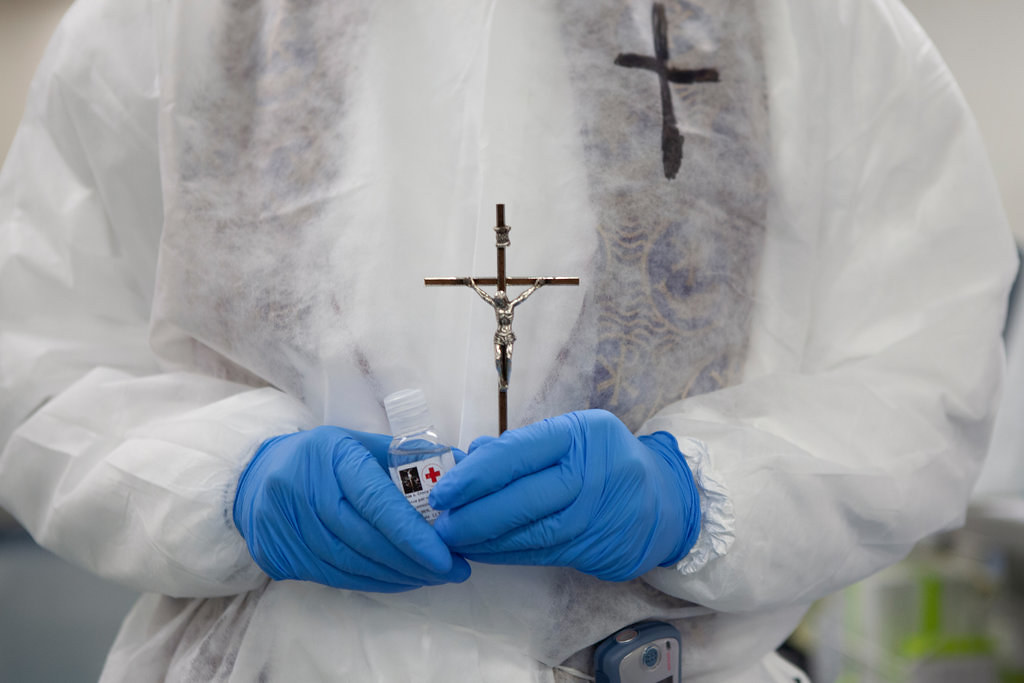 A few days ago, lying awake in the middle of the night, I couldn’t stop thinking about death. It started with my dad who died from cancer during my first years at college; it ended with the coronavirus. Of course; everything seems to revolve around the pandemic these days.

I had just ordered the diary of Chinese novelist, Fang Fang: Wuhan Diary, Dispatches from a Quarantined City, about the lockdown period in Wuhan, the Chinese metropolis where the pandemic originated last year. And more important, where local authorities took their time before informing the central government –after which Beijing would keep the world in the dark even longer.

When ophthalmologist, Li Wenliang, warned fellow-doctors in a chat group of the impending contagion, it earned him a threat of arrest for spreading rumours. While many people blamed the government’s cover-up, the censors were busy cleaning up the hashtag #WeWantFreeSpeech.

More whistle-blowers were being punished, and the names of the dead were not published, out of fear that the families of those not listed might come forward belying the official claim that fewer than 4000 people had died in Wuhan.

After the now renowned Dr. Li Wenliang had died, Wuhan officials tried to convince their fellow citizens that the specialist was still undergoing treatment. But in no time the hashtag # LiWenliangDies received some seven hundred million views.

You know the story…

The Chinese government -once aware of the events in Wuhan, first ignored the contagiousness of the virus, then brutally downplayed the number of deaths. Chat groups for mourners were forced to close down and families of the dead were admonished for speaking to the press. At the same time, videos of street long queues at every Wuhan undertaker were leaked: the city’s graveyards ran out of capacity many times over.

Why would China have wanted to cover up the scale of its spread?

While all academic papers in China about the origins of the virus needed to be vetted before publication, at a virtual meeting of the WHO (World Health Organisation) a few months later, the Chinese president swept away the perception that the virus had emerged from his country, describing it as a contagion that caught ‘the world by surprise…’

For some reason, I couldn’t get it. I still can’t.

An extra complication here is his looks. President Xi Jinping looks exactly like Winnie the Pooh, the adorable teddy bear created by English writer A. A. Milne. There are countless memes on the net and the similarity is stunning. Unfortunately, Pooh has turned into a target for the censors because reducing the Chinese president to Pooh was undermining presidential power.

Meanwhile, whenever you see the president on TV during the news, at an event, or on some visit, he is Mr Nice Guy himself.  Always charming and smiling, a good listener to the most humble people, well dressed and yet a modest demeanour, and most of all very disarming.

Being All Cute and Cuddly

Of course with Xi Dingping there is more to him than meets the eye, a lot more. You don’t become the head of state, of any state, let alone The People’s Republic and its 1.3 billion citizens, by resembling Pooh and being all cute and cuddly.

Xi is complex, of course, like all humans, but as the leader of the world’s second-largest economy, and head of a nuclear state, with the largest army in the world under your command, things might be different for him compared to the rest of us.

Xi Jinping is above all enigmatic -or so it seems.

Xi has been described by those closely under him as round on the outside and square on the inside, meaning he might look flexible, but inside he is very hard…

For one thing, he is the most authoritarian leader of China since Chairman Mao.

At five foot eleven, he is taller than any Chinese leader in nearly four decades. His beaming, airbrushed image with his pomaded hair hangs inside homes, restaurants and cabs, often alongside Mao’s. At the 19th Party Congress, last autumn Xi Jingping Thought was proposed to be enshrined in the Constitution.

With his second term ending in 2023, a few years ago Xi convinced China’s parliament, the National People’s Congress, to scrap the two-term limit on the presidency, making him a potential president for life.

The Center of Everything

President Xi Jingping is at the centre of everything – and his everything unfolds in utmost secrecy. He has effectively taken over the courts, the judges, editors and company CEO’s. And notwithstanding his resemblance with the lovable Pooh, if necessary every rival of Xi is unscrupulously crushed.

The same with ethnic minorities, most of them Muslims (Uighurs and Kazakhs). Secret documents reveal camps where more than a million have been detained at one point or another: “to prevent problems before they happen…’

Once inside most of them are raped, brainwashed and tortured without ever having done anything (Why weren’t there protest demonstrations all over the globe for them? Muslim lives do matter too, you might presume…).

We all saw the news…

Xi has put tens of thousands of his countrymen under investigation. Files on thought-criminals are built. DNA samples are collected to ‘improve’ population management and control. There are facial-recognition cameras, fingerprints, cell-phone patterns and biometric data, everything being gathered through a program known as Physics for All.

Apart from the dangers of speaking freely, there is the Great Firewall around the net to keep out disturbing ideas.  In the meantime, those that oppose it are assembled on blacklists…

‘Why does the U.S. put so much emphasis on human rights…?’

Xi Jingping once asked Vice-President Joe Biden, his official counterpart at the time.

I feel quite stupid -it’s more and more evident how Xi’s public persona, his warm, paternalistic and down to earth-image has been carefully cultivated in order to be a Symbol of the Communist cause. The Communist Party, an organization larger than the population of Germany, seems to be everything to Xi.

He once said at a village-meeting: ‘Socialism is established to lead people to a happier life…’ Who knows, it might be true…

But What About Lost Time?

It probably decided the difference between a local epidemic and a global one.

Xi has only one narrative -the sanitized version it’s been called: ‘The Chinese government has all along acted with openness, transparency and responsibility in the fight against Covid-19… It should be remembered forever…’

I’m stuck with this one question:

Why would the leader of China, one of the first civilizations on the planet, behave this way?

There no shame, no right and wrong, no regret, it seems. Why not?