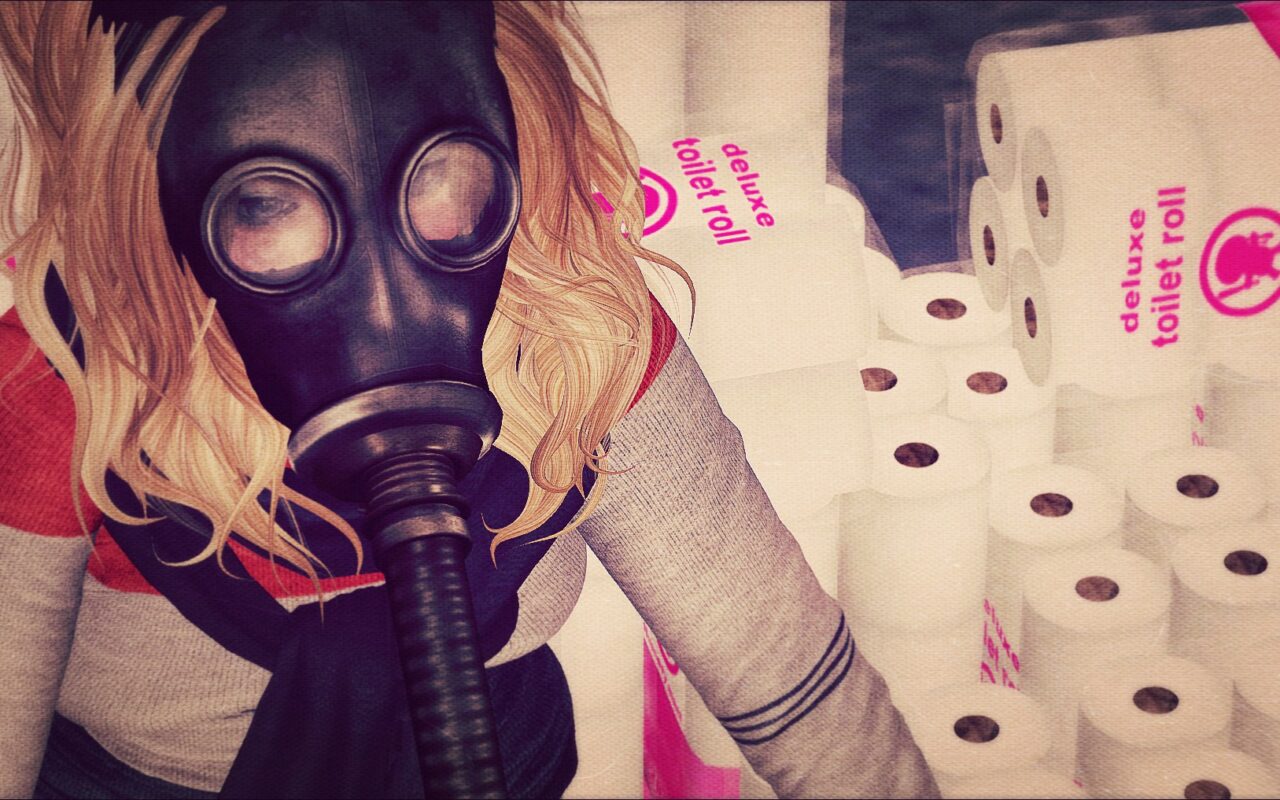 The coronavirus has raged on. Within a few months, the epidemic has extended to all corners of the globe and a third of the world has been under some form of lockdown.

Recent data indicated how adults of all ages can become seriously ill. Not just the elderly. It turns out many victims are still relatively young -in their 40s and 50s.

Still some Millennials like to call the coronavirus the Boomer Remover -an ambiguous way to express concern and care? Or is it wishful thinking regarding the death of their baby boomer parents?

(By the way, aren’t Millennials the age group who love to be good plant-parents, but for whom the thought of keeping a plant alive is too daunting -with the amount of sunlight a plant needs being the biggest anxiety-causing factor, followed by confusion over-pruning and in finding a plant-sitter when out of town?)

Since a few weeks there are also all kinds of messages on Dutch TV, before and after the News. As a kind of boost? Like this one from last week:

“Radio stations Are All Broadcasting At The Same Time: You’ll Never Walk Alone…”

Right now, at the beginning of May, there are more than 250,000 deaths worldwide. And there are almost 4 million confirmed cases of Covid-19 in some 177 countries.

We all know the numbers –or do we?

Apparently, numbers don’t say it all. Most countries have various ways of registration and comparing figures from different countries can be fraught with problems -many factors can change the numbers. Consequently, thousands of coronavirus-related deaths might never have been officially attributed to the pandemic.

Like all of a sudden Italy’s death toll appeared to be far higher than reported, according to the country’s statistics office.

The same in Germany where cases are likely to be ten times higher than official counts.

Why does it take off?

According to Adam Kucharski, mathematician and epidemiologist at the London School of Hygiene and Tropical Medicine, one infected person could easily lead to about 400 additional cases in just the space of a month.

2) Plenty of interaction between different people

3) Enough of the population who are susceptible

Kucharski: A small change in one of the factors can be the difference between a handful of cases and a major epidemic.

There’ve been many epidemics and pandemics before; some with devastating consequences. Why do we seem to have collectively forgotten about it? The worst kind of catastrophes of humankind The Black Death, for instance, travelling from Asia to Europe in the 14th century: over half of Europe’s population wiped out. Or the Cocoliztli epidemic of Mexico and Central America in the 16th century (cocoliztli is Aztec for ‘pest’): 15 million killed.

The Deadliest Pandemic in Human History

The last century saw a number of pandemics in a row. The first one being the worst: the Spanish in 1918 and 1919flu, started during World War 1. The cause was a new type of influenza with a final death toll twice as many as the entire First World War. It killed over fifty million people…

Of course, there is no way to imagine those numbers. I can’t. Nobody can. The death of just one person is already difficult to comprehend. And too frightening. We aren’t built to be gods. To spare ourselves the fear of death -and appease our sense of insignificance, we rather concentrate on bits and pieces of daily life.

Is there no good news here?

Is this the good news? Starting from scratch every time there is a new pandemic?  Of course, Covid-19 doesn’t behave like the flu, which doesn’t behave like Ebola, but that’s not what this is about. Our forgetting every epidemic weakens our incentive to prepare ourselves.

Who is responsible for the pandemic?

There is, of course, the World Health Organization and its chief, the Ethiopian Yedros Adhanon.  The director-general is facing significant criticism for his inadequate handling of the virus. Yedros, elected to his position with the backing of China, is accused of overlooking the Chinese government’s attempts to suppress information. And his declaration of Covid-19 as a pandemic was absurd late ((March 11!).

Then there is Wuhan, the metropolis in Central China, put on the map since the coronavirus first emerged there. After the entire city of more than 11 million inhabitants was sealed off and placed under lockdown on January 23, the eve of Chinese New Year, the Chinese novelist Fang Fang, started her online diary, The Quarantine Diary, on life in her hometown.

Fang Fang, who was awarded China’s most prestigious literary prize in 2010, wrote in one of the first entries of her diary: A doctor friend said to me: in fact, we doctors have all known for a while that there is a human-to-human transmission of the disease. We reported this to our superiors, but yet, nobody warned people.

And in another one: By late December last year the Wuhan health authorities had already known of some twenty-five mysterious and troubling infection cases…

The Wuhan authorities, miscalculating the risks, choose not to sound the alarm through China’s national infectious department. Keeping Beijing in the dark had, as we now know, disastrous consequences –American President Trump, backed up by the UK, has called for an investigation into China’s role in the coronavirus outbreak.

Fang Fang’s chronicle of life under lockdown won her tens of millions of enthusiastic readers: We have a duty to seek justice for those who died wrongfully.

Accused of maligning the government, she was steadily being slandered, mocked and insulted by her detractors. But her readers reposted her writings as quickly as the censors deleted them.

With her cry for justice and accountability, her criticism of China’s party loyalists, the novelist emerged as a true hero, revered by her readers and admired by her fellow writers.

At the same time, she is facing a national backlash. Not just for her continuous pressing for accountability (I will not give up…), also since her diary will be published abroad. Her home address was posted online and she is receiving countless death threats…

I had to think of Fang Fang on National Remembrance Day, the yearly event in the Netherlands on May 4 to commemorate the Shoah -the extermination of 6 million Jews, as well as the murder of Gays, Roma’s, and others by Nazi Germany during World War 2.

You know the facts.

This year there was no gathering of the usual many thousands on the main square of Amsterdam. There was just the King of the Netherlands and his wife, the Queen, accompanied by The Prime Minister and the Mayor of Amsterdam. And some musicians.

Like most people, D. and I were watching the event on TV at home. The King delivered a speech about freedom and the responsibility that comes with it. He talked about Dutch historian, Jules Schelvis, his deportation to extermination camp Sobibor in occupied Poland.

Schelvis, 22 at the time, had always remembered the hundreds of people staring at him and his wife, Rachel, when they were passing by in the tram to the station, on their way to one of the death camps. Their fellow citizens had just been standing there, doing nothing…

While the King emphasized how the Nazi death camps had started in the streets and parks of Amsterdam, it suddenly hit me: What would I do in times of oppression, tyranny, dictatorship? Would I have the courage, the bravery, the nerve to do the right thing –to stand up, to resist, to remain true to what I believe in and endure whatever the consequences?

It’s tempting to imagine yourself as the hero, to believe you will be one in times of need. Of course! Like the soldiers and the people from the Resistance fighting the Nazis at the time. Or like Chinese writer, Fang Fang, reporting about the coronavirus tragedy while the government concealed the extent of the virus outbreak.

Fang Fang’s ended her online diary with a quote from the Bible:

I have fought the good fight

I have finished the race

I have kept the faith

Would I be able to say these same words one day?

As the coronavirus outbreak seems to be getting under control in Asia, China is slowly returning to normal after months of almost standstill -it also announced new dates for its annual parliament meeting, the National People’s Congress.

Germany has decided to ease restrictions as well.

The same in Italy. Italians are allowed to return to work.  Like Spaniards.

France will ease the confinement measures, starting May 11. Shops and hair-dress salons will open again, as well as primary schools and crèches.

Shouldn’t there be more reflection on the why? And how?

Or will there be a second peak if lockdown restrictions are eased in the coming months? According to medical professionals, this illness is like no other medics have ever experienced. An ICU doctor at a London hospital: “We are just learning on the hoof.”

All in all, it’s still a grim picture out there.