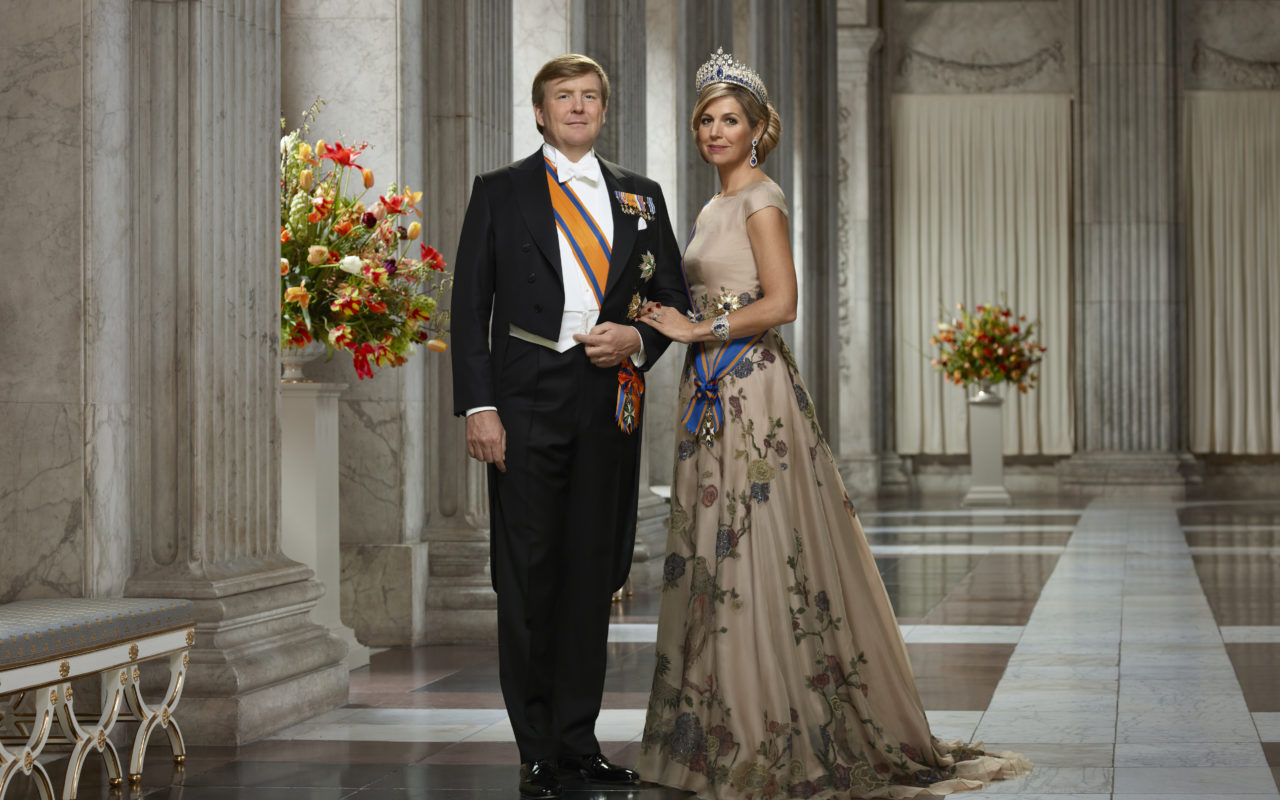 I couldn’t stop brooding over my previous post… The annual commemoration of mass murder by Nazi Germany during World War II. And the inconvenient thoughts coming up witnessing the king and his queen.

What had I been wanting to say exactly? I didn’t get it. And neither did anybody else, I fear…

The main ceremony of Remembrance Day, taking place in the presence of the King of the Netherlands, Willem Alexander, and his Argentinian-born wife, Queen Maxima, Princess of the Netherlands, ends with 2 minutes of silence throughout the country and the laying of wreaths to the victims of war and persecution by the king and his wife. No obscurity there

Except, there are always these questions popping up in my mind whenever the wife of our king is in the news. Not that I want to. Like the rest of the country I would prefer to see Queen Maxima just as the beautiful woman she is, also smart and intelligent, it seems, warm and outgoing, a cool dresser -for a royal, and totally charming. What more could you wish for? But there they are, these disturbing thoughts flashing up in my mind… I can’t help it.

– Queen Maxima is the daughter of Jorge Zorrequieta, Minister of Agriculture and Cattle-Breeding during the murderous Videla regime in Argentina (1976 –1981).

– After her introduction to the people of the Netherlands, Maxima gave a declaration about the military junta (‘Since long I have rejected the Videla dictatorship, the disappearances, the tortures, the murders…’). As well as about her father’s participation in it (‘He had the best intentions and I believe in him…’).

– Because of his position during the atrocities in Argentina under dictator Videla, Mr. Zorrequieta was not allowed to attend the royal wedding in the Netherlands, nor other official events, e.g. the crowning of his son in law to be king.

I Believe In Him

In the years that followed, though, Mr. Zorrequieta would be seen in the Netherlands on numerous occasions (the baptizing of his granddaughters, the birthday of his son in law, the king of the Netherlands, etc).

Of course, I understand. We’re talking about her father –she has loved him all her life, I assume.

And: ‘He had the best intentions…?’

Some people say: ‘What are you talking about? What does it matter? Maxima is a great woman, and she’s our most favorite royal!’

Others: ‘Who cares about her father…? She’s the wife of our king!

But above all: ‘Why do you care!? It’s ages ago now and it doesn’t matter anymore… It’s all water under the bridge…”

Is it? Don’t many things depend on how much we actually mind?

The Mothers Of The Disappeared

Seeing Queen Maxima with her husband at the ceremony in Amsterdam on Remembrance Day every year, impeccably dressed in black, her face full of sorrow, a frown between her eyes, I often wonder if she ever reflects on the victims in her own country, murdered by the Videla regime her dad had been part of.

Her father died last year. In a hospital bed. Surrounded by family.

But when he was still alive, did she ever ask him about the Mothers of The Disappeared, the Madres de Plaza del Mayo in Buenos Aires, her hometown? She must have seen them as a schoolgirl passing the square now and again…

Or: ‘What did happen to your collaborators at the Department of Agriculture, dad, disappearing from one moment to the next to never be seen again?

Once dictator Videla was in prison, and she herself no longer a child, did she ever ask her father about the others, her fellow citizens – labour organizers, politicians, family members, clergy, students, artists, intellectuals, diplomats, suspected sympathizers: what about them, dad?’ For Whom The Bell Tolls

There is the 17th century English poet, John Donne, who wrote a meditation on the interconnectedness of humanity.

The poem: For Whom The Bell Tolls (a title borrowed by Hemingway for his book with the same name), is about how we are primarily a community -how none of us is an island, in and of itself.

In his poem, he emphasizes it doesn’t matter who has died as we are all connected. So whatever affects one of us, affects all of us. And when one person dies, it is as if you, yourself, died.

Here are the last lines:

Each man’s death diminishes me

for I am involved in mankind.

Therefore, send not to know

for whom the bell tolls,

it tolls for thee…

The Concept Of Moral Responsibility

What about her dad’s moral responsibility for the kidnappings and murders around him?

Had she ever talked with him about his share in all the crimes against humanity? I mean, not the part with blood on your hands, or having pulled the trigger, but the one about moral responsibility…

Hadn’t she dared to ask? Or had she never wanted to? Is she more the daughter of her beloved father than she ever realized…?