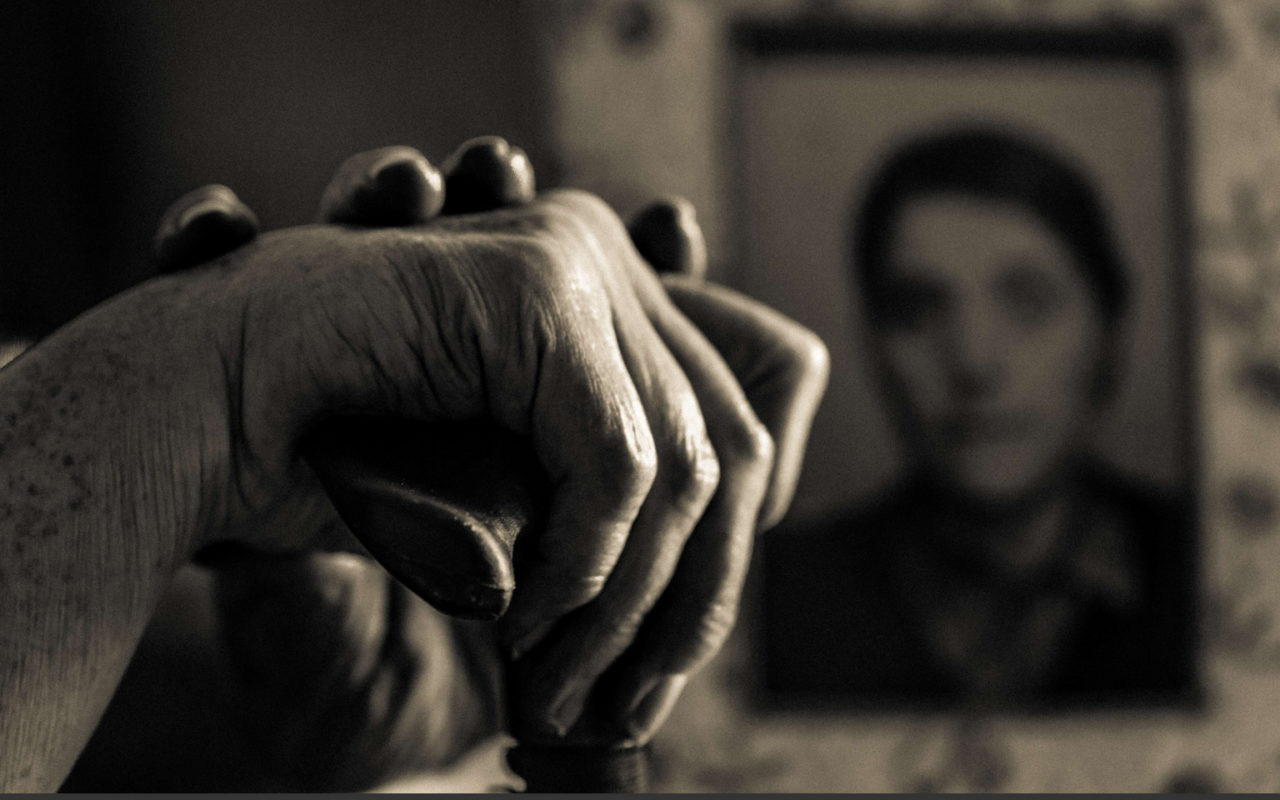 I’m afraid I’ll never get used to death. How are you supposed to? Parents, grandparents, aunts, uncles, brothers, sisters, partners, friends, all gone one day.

Forever and ever and ever… And I’m not speaking about my own death here, how to imagine your own death? I’m just thinking about those around me -the abyss formed by their death.

Unfortunately, it does happen: someone who’s a part of your life has died. It’s a fact, crystal clear, and you can’t deny it. You shed your tears, pay your respect and that’s it, or you hope it is.

Of course not. That’s when it begins. The one-you-love is still alive, in your head, your heart, and you continue to love, a lot, or a bit less, depending on the relationship with the one-you-love who’s no longer there -although the amount is not the point, I think. It’s about the love still there, and all those other feelings, memories -the moments you shared, evenings, days, a life…

Elias Canetti said: ‘I am still waiting for a meaningful death of somebody I have known, and I’m sure it doesn’t exist. Death is always senseless…’

Jewish Nobel Prize winner Elias Canetti (1905-1994) considered death his greatest enemy. Famous for the autobiographical memoirs of his childhood and pre-Anschluss Vienna, and for his magnum opus: ‘Crowds And Power’ (Masse Und Macht), on mass behavior and the allure of fascism, the German language novelist, and playwright, born in Bulgaria, was captivated by death.

All his life he made notes, researched myths and fairy tales, and explored cultures and religions, for their different attitudes towards death. Death was always there, in the back of his mind.

Canetti: ‘Complete loneliness: the presence of those who are never there anymore…’

He tried to capture his lifelong obsession with death from all angles. The result was My Book About Death, a beautiful reflection on the myriad facets of dying and killing, published after his death. It was his last stand against his lifelong enemy:

‘There is only one possibility: until your last breath hoping for a way out which we do not know yet…’

True, there are improvements regarding our fate. The list of diseases science has managed to cure so far is quite impressive. We’re all getting older and living longer. The number of people around the world aged 60 years and older, will outnumber children younger than 5 years by 2020.

At the same time, there is hardly any evidence that older people spend their later years in better health than their parents did. Our attempts at healthier lives have mostly failed. Ageing is still the greatest cause of suffering and death in modern times.

Take my aunt, one of my dad’s four sisters and the only one still alive. She will be 94 this month.

When her husband had died, after a 62-year marriage, she suffered a number of stroke-like symptoms. And she started falling out of bed in the middle of the night. Not once or twice, quite often. One day she fell during the day as well, unexpectedly, and for no specific reason. Now she’s in a home.

I had not visited her for quite some time -too busy, I’d told myself. To be honest, older people remind me too much of death. In their presence the impermanence of life slaps you in the face; their vulnerability showing how fragile we are when death is around -it might be one of the reasons our society worships youthfulness and being young. Who likes death?

My aunt is still bright and sharp, with the same sense of humor she always had. It’s her body that’s letting her down. It has turned against her, it seems, becoming her enemy.

Her body refuses the most simple things, like walking. When my uncle was alive, she used to jump on her bike every day to buy him a fresh herring. Now she’s hardly able to stand on her feet! The same with eating. She eats like a mouse, almost nothing. And worst of all, it doesn’t seem to give her the least bit of energy. Not anymore. She’s always tired… Even in the morning, at the start of the day.

As yet she‘s still remarkably interested in life around her, her children, her family, me. We return to days long gone, with summers all spent together in France, where my dad used to live, and winters in Amsterdam, where she lived.
She’s always been so generous, with her time, her compliments, her interest in you, even when it came to presents: dolls, books, puzzles, ice-creams -as a child she was one of my favorite aunts of course. All we talk about now is the past, her present being too bleak.

Ageing is the major underlying cause of the most severe mortal illnesses. Cardiovascular Disease. Strokes. Dementia. Parkinson’s. Cancer –half of all cancers occur at age 66 and above.

Most scientists agree even if all cancers were cured, you wouldn’t offset death due to other diseases, like dementia, etcetera. Altogether mortal illnesses are responsible for 100.000 deaths per day!

The weird thing is: we’ve been fighting wars, famine, we’ve been to the moon and back, but old age -and death, have simply been accepted. Worse, ageing and its accomplice -death are both considered a normal part of life. Why?

Ageing is the main obstacle to conquer death -to fight ageing could offset everything in one go! Yet there is no priority to conquer old age and death.

‘He’s not old, he still hates death. He will never be old, he will always hate him…’ (Elias Canetti, My Book About Death)

Of course, there are exceptions. Like Oracle’s Larry Ellison, who’s been spending some $ 430 million on anti-ageing research so far. And Pay Pall’s founder, Peter Thiel, funding life-extension research since 2006. As well as many renowned scientists, like the American geneticist Graig Venter, who mapped the first human genome in 2000.
And recently there is Google’s Calico (California Life Company), a biopharmaceutical company based on ageing science -finally.

Apparently, not everybody is interested in conquering old age and death. Lots of people prefer life to quietly end one day. No matter what, their path might be long or short, broad or narrow, for them, it’s just fine –as long as it ends. Why?

There is also a majority of scientists and doctors who consider the hunt for human longevity as chasing ghosts. They consider the forever young-quest, with a substantially longer life, nothing more than an illusion. A dream, too good to be true. And they’re totally convinced it will be never more than a dream…Why?

There is this small wooden frame on one of the bookshelves above my desk. It shows a copy of an internal Western Union memo from 1876:

‘This ‘telephone’ has too many shortcomings to be seriously considered as a means of communication. The device is inherently of no value to us…’