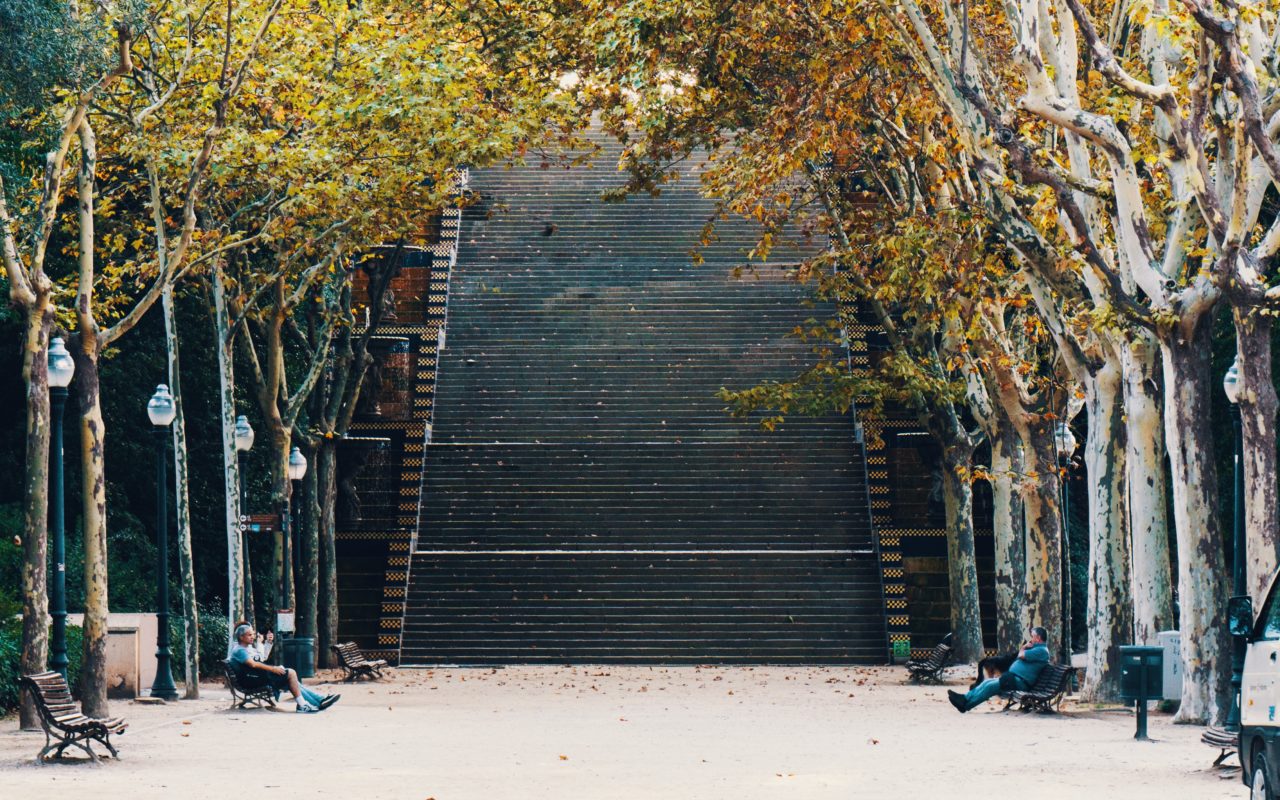 Okay, where are we… There seems to be a Shangri-La of happiness out there, see all commercials, films, television shows, or check out Facebook, Instagram and the rest.

Apparently, we’re all supposed to live in this bubble of happiness, forever striving for success, wealth, health, social status, blah, blah, blah. And wanting more, as soon as we achieve one or the other -if we are richer and healthier, we will be happier too, right?

Of course, most of us are aware happiness does not depend on fortune and fame. Everybody knows there is no Happily-Ever-After by winning the lottery, buying a French castle, or even finding The One- but changing how people feel, is rarely a matter of amassing evidence.

It seems we’re trapped in some kind of Perpetuum mobile, seeking little more than our own comfort and amusement -without ever finding satisfaction.

I admit, I still haven’t the faintest idea what the real source of human happiness is. Meanwhile, I’m not convinced by whatever happiness experts, bestseller authors and spiritual leaders are prescribing. How are these rules and revelations supposed to get you into the Promised Land?

Reading Seneca… Singing in the morning… Writing thank-you notes… I don’t see it. Besides, nobody who is actually happy, stands in front of a mirror and tells himself he’s happy, right?

Then again I’m not good at happiness: this sensation of well-being and contentment, as psychologists and philosophers like to describe it.
The Stones’ ‘Paint It Black’ has always been more familiar to me. It used to describe exactly how I felt.

‘I see a red door and I want it painted black,
No colors anymore, I want them to turn black…’

I was in my early twenties and surrounded by this black cloud for a long time. Having left home to live on my own, I remember changing the front door of my first apartment pronto into this deep black; followed by the rest of the doors inside a little later. This was before I went to see a psychoanalyst- what did I know about my own life.

‘I look inside myself and see my heart is black…’

They Fuck You Up…

Wherever I went, or whatever I was doing, there was always this overall feeling of despair and distress. It seldom left me.
Only years later did I come upon this poem by the British poet and writer, Philip Larkin:

They fuck you up, your mum and dad.
They may not mean to, but they do.
They fill you with the faults they had
And add some extra, just for you.
But they were fucked up in their turn…

It’s the beginning of This Be The Verse, a part of Larkin’s Collected Poems.
What did I know about British poets at the time? Or psychoanalysis? Things have changed. I’m not seeing an analyst anymore. And my black apartment door has been painted into a soft-beige, reminding me of ice cream.

Happy People Are Not My Favorite Humans

I still like the Stones-song, though –there are still certain days…

‘I wanna see the sun blotted out from the sky…’

And I’ll probably be familiar with anxiety, fear, guilt -whatever, for as long as I live. It’s fine. Not because I have an aversion to happiness, I hope not, but to strive for a point in time where you’re supposed to find everlasting happiness and eternal compassion… I don’t know… As long as there’s no everlasting life, it doesn’t seem worth my while.

Happy people are not my favourite humans anyway. It might be envy, it probably is, but it’s also this hysteric cheerfulness that’s being displayed all the time, as well as an in-your-face-smugness like they’re always dying to tell you how only a happy life is a good life…
Yet how many of the people we admire from the past were happy?

Is Only a Happy Life Worth Living?

Let’s not get gloomy. New developments have emerged which are in strong contrast with the Happiness-movement. There is hope for the rest of mankind -the ones the late Steve Jobs used to call: ‘the crazy ones, the misfits, the trouble-makers, the ones who see things differently.’

Of course, the Apple CEO was all about selling products, and the Genius bar doesn’t exist for misfits and troublemakers, but that’s not the issue. The important finding is this alternative line of thinking, regarding the Happily-Ever-After business.

In The Subtle Art Of Not Giving A F*ck, one of the more recent publications on the subject, we are advised not to be ‘positive’ all the time. We should embrace our fears, faults, and uncertainties instead. And the more we do this, the more of a chance we have of happiness apparently!

The American author of the book, star-blogger Mark Manson, emphasizes happiness is not a commodity, it can’t be worked for, earned, or achieved, like trying to get accepted to law school.
Manson –with more than 2 million monthly readers, is convinced most of us have unrealistically positive expectations and believes we should learn how to handle adversity better.

He called his self-help manifesto: A Guide To Suffering…