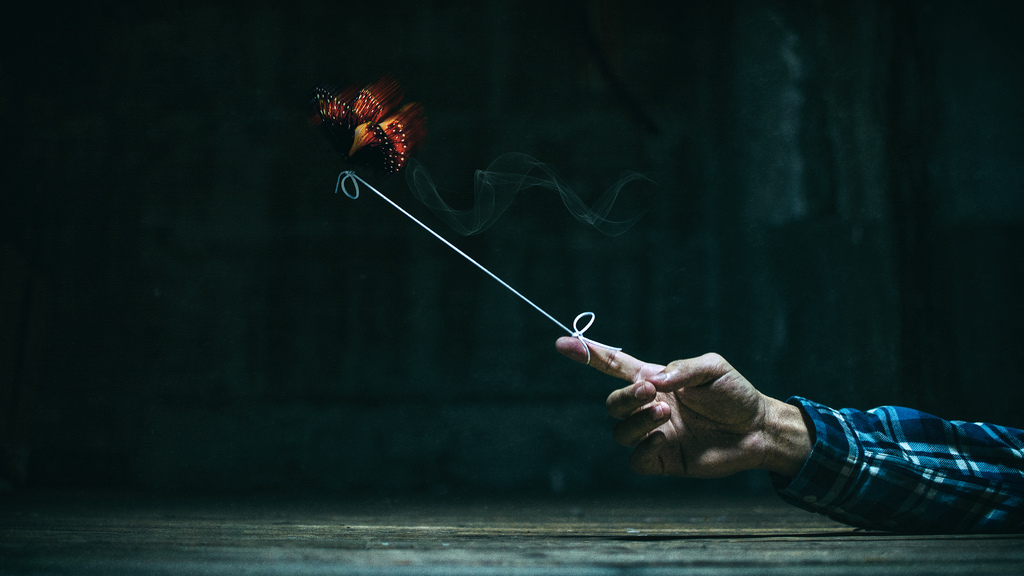 Let’s recap what we have so far: apparently the more or less accepted truth is that everybody wants to be happy.

Some of us try to shoot for the moon by plunging into bestseller-lists or self-help blogs, others by gathering money and stuff, many by endless efforts upon the ladder of recognition and fame- the list is long and the road is bumpy.

The Stoic philosopher and writer Seneca (4 BC), saw things completely different. He emphasized in one of his dialogues the importance of being indifferent to joy and grief as both are mere distractions, not worthy of our attention (‘On The Happy Life’).

The philosopher valued a virtuous life beyond everything else. He believed virtue to be the only thing necessary for happiness. And the key to a virtuous existence was to be found in freedom from passion, with very little room for human frailty.

Not Seneca himself, it seems. In his own time, he was considered a hypocrite: he used to engage in illicit affairs with married women, for which he was banished to Corsica for a number of years. He liked to demonize tyranny but was the teacher of a tyrant, emperor Nero, and apart from being a sycophant and flatterer, he had this insatiable taste for the high life. No restraint or discipline there.

Dante placed the philosopher in Limbo, the First Circle of Hell, for those not saved -would he still be there?

In our time there’s a rush to find genetic links to happiness. Apparently, there are now nearly two dozen sites in the human genome linked to happiness (Journal Nature Genetics).

It does remind me of my great-aunt from abroad. She visited us regularly when I was little and considered my forever smiling sister in her crib a very happy child. I was of an extremely unhappy nature, in her view, and most disagreeable, as I didn’t like to be kissed and cuddled by her. Maybe the genetic factor is overrated. Genoeconomist Daniel Benjamin, from the University of Southern California, declares: ‘Everything is affected to some degree by genetic variation, but complex human behaviour is unlikely to be governed by specific happiness genes. Genetics is only one factor…’

To Benjamin, genes are blueprints controlled and influenced by the environment.
‘The decisions we make, the people we surround ourselves with, the behaviours we engage in, those are the real building blocks for the quality of our lives, he emphasizes.’

According to the World Values Society, a non-profit network of social scientists studying changing beliefs of people throughout the world (like subjective well-being and self-expression), during the past 30 years happiness rose in 45 of the 52 countries for which long-term data are available

Of course, the aspect of economic development may have influenced levels of happiness around the world. However, with an estimated 350 million people suffering from depression worldwide, and close to 800.000 people dying every year as a result of suicide, it’s quite a hard sell, I think.

The tiny Himalayan kingdom of Bhutan embraced the idea of measuring progress by the happiness of its citizens and introduced the Gross National Happiness Index, regarding the quality of life, leisure time, etc.

Is Happiness The New GDP?

Its idea was taken up by the UN Development Programme and refined as the Human Development Index, by economists like Indian Amartya Sen, a Professor at Harvard and winner of the Nobel Memorial Prize in Economics (1998).

In recent years measuring Gross National Happiness has moved from the margins to the mainstream. In 2009 a panel of economists, under then French president Nicholas Sarkozy, proposed the replacement of GDP with a Net National Product, which would take into account the contentment of people, mental flourishing, sense of security, etc.

The same in China. One of its best-known economists, Hu Angang, wrote in his advice for a prosperous China: ‘Governors are the planners and implementers of development and as such it’s their duty to increase the happiness of those they govern…’

Striving for happiness is taken seriously in high places, indeed. We have an International Day of Happiness now, (March 20th), a World Happiness Report (a yearly UN survey on the state of global happiness), and there is a Happiness Movement (whose members want to boost the amount of joy in the world). It’s all based on the final question: what will bring us joy? And how do we get there?

To be honest, on my own Happiness List you’ll find mostly quite banal things. Fashion gear I love, by my favourite designers (Valentino’s biker ankle boots, Armani’s women’s suits, Prada’s coats and pink loafers), a trip to the Arctic, a visit to St Petersburg’s Hermitage, a bigger apartment… I know there is no happiness in Prada, the Hermitage, a huge penthouse, whatever -as I said, the rich commit suicide too. At the same time, I like the Martini Life – concept ’cause it does have its advantages.

Compare it with buying a lottery ticket every month. I know, the chances of winning the jackpot are almost nil. But cycling through Amsterdam in the pouring rain -on my way to the tax collector’s office for a payment delay- soaking wet, and more so by every car passing by, it’s a huge comfort thinking it’ll be the last episode of My-Life-As-A-Dog, as I will hit the Big One this time. Definitely. Right this month.

And while busy planning how to spend my future millions (it’s not easy, being rich), all of a sudden the rain is gone, cars have miraculously disappeared and the sun has come out. Best of all: life looks bright and full of possibilities!

‘You might ask why it matters if people feel bad and unhappy,’ declared Richard Layard, Emeritus Professor at the London School of Economics, who backed the notion of happiness as the new GDP.
‘There is no need to,’ he reflects on his own question. ‘It’s self-evident, of course.’