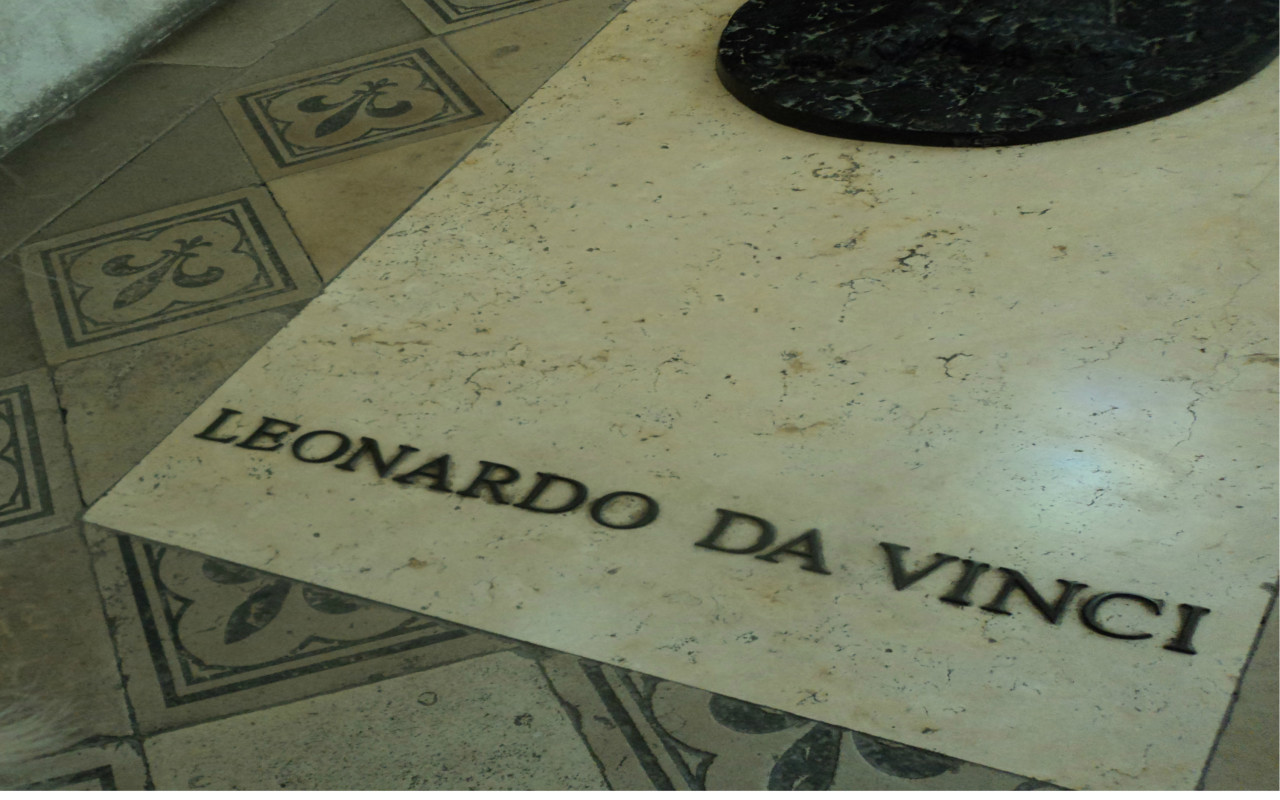 The concept of death is hard to comprehend. And of course there are exceptions to death and eternal oblivion. Fame… Being famous! It’s different when you’re famous- or that’s what we like to think.

It might be one of the reasons some of us spend our live chasing fame. And why most of us adore famous people. After all, they represent hope. They remind us there’s a way out. It is possible to be remembered. It is possible not to be forgotten. Even long after you’re gone.

Take Leonardo Da Vinci. Painter. Sculptor. Architect. Physicist. Engineer. Mathematician. A real homo universalis, you could say. A genius. More than aware of the trappings of our existence. And struggling with the shortness of life. He used to be quite frightened of being forgotten after his death- as his private diary revealed.

Da Vinci spent the last years of his life at Amboise, residence of the French kings at the time. He had his own studio there, next to the royal castle, with a secret tunnel in between, so the king could visit his guest without being seen. Da Vinci also died in Amboise (in 1519). He was just 67 years old.

Great! Wonderful! We all envy him. We all admire him. We’re totally and really crazy about him. Except, one little thing: what difference does it make?  Not for us, for him? What’s the importance of it all to him?

Sure, Da Vinci is one of the most famous men on the planet- who wouldn’t want to be that famous? And we’re all crazy about him- who wouldn’t like that kind of devotion? But so what!? He’s not here anymore. Nor there. Nor anywhere. He’s gone- forever and ever and ever. He is dead..!