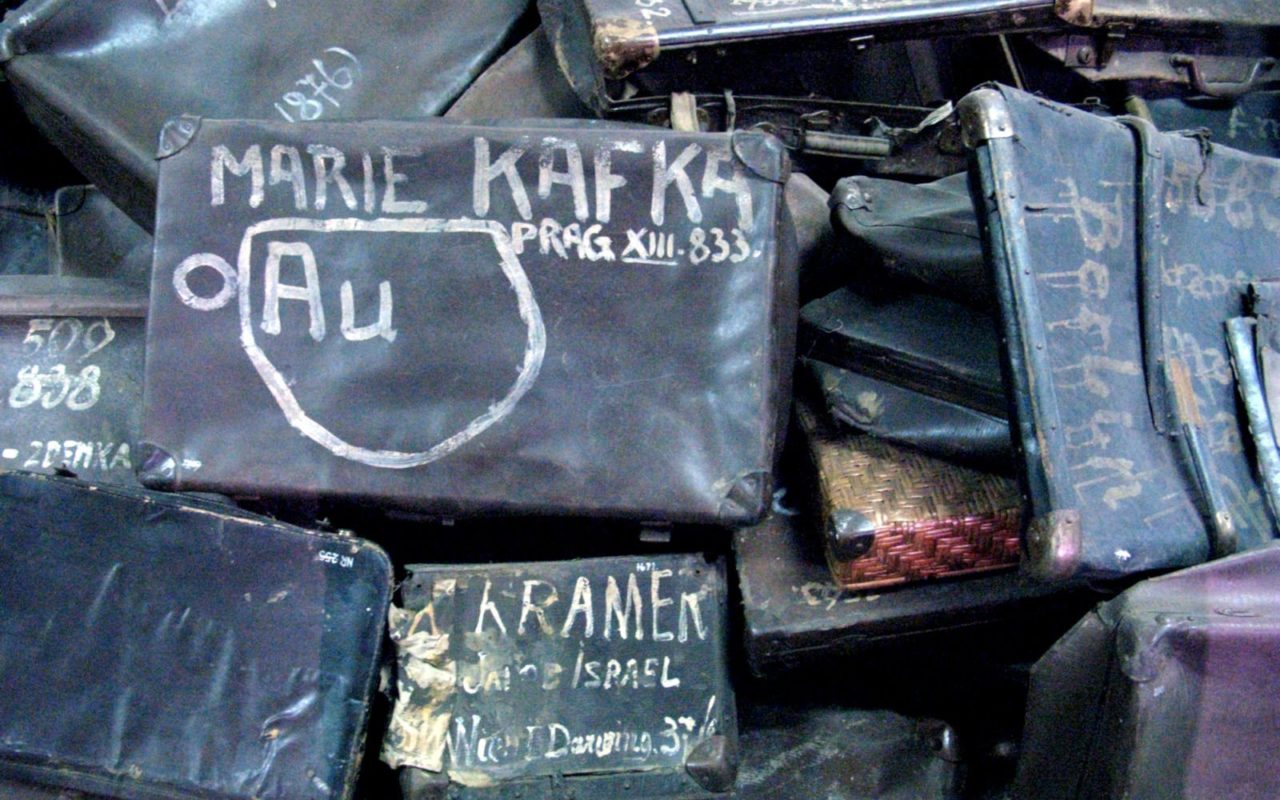 Talking about death –last month, on the 27th of January, it was 75 years ago that  Auschwitz-Birkenau was liberated by the Red Army.

In Nazi Germany’s biggest death factory 1.1 million Jews had been murdered. Apart from gypsies, homosexuals and others, all considered unfit to be part of Hitler’s pure ‘Aryan’ race.

Survivors and liberators gathered at the Auschwitz memorial site to mark the International Holocaust Memorial Day. There were more commemorations all around the world.

A few days earlier, before various world leaders and royalty would attend the commemoration event at Israel’s Yad Vashem Holocaust Remembrance Center, there’d been an op-ed in the Palestinian Authority’s daily saying: One shot will disrupt the ceremony, and one dead body will cancel it…

An order? A suggestion? Or plain wishful thinking?

You saw the news; we all did…

Antisemitism -hostility or discrimination against Jews as a racial group, is the world’s oldest hatred. It peaked under Germany’s Adolf Hitler and the Nazis during World War 11.

The Industrialised Murder of 6 million Jews

Before World War II 9.5 million Jews were living in Europe. After the war 3.6 million were left. Two-thirds of European Jewry was destroyed: 6 million Jews. Massacred in gas chambers, ghettos and forced labour camps for the crime of being Jewish.

The Holocaust, this state-sponsored persecution and industrialised murder of Jews and others by Nazi Germany and its allies -the biggest crime in the history of mankind, is the most shameful part of our human heritage.

You know the story; we all do…

At the same time, in our age of misinformation (thank you internet), Holocaust denial has raised its head again. It’s even being sponsored by certain nations, despite the millions who were turned to ashes, and the last remaining survivors  passing away. Yet we should continue telling the story again and again. Not just for the victims, or to prevent it happening ever again, also as an act of decency for ourselves.

In his speech at Yad Vashem, German President Steinmeier declared: ‘… I wish I could say that we Germans have learned from our history once and for all. But I cannot say that when hatred is spreading and Jewish children are being spat on in the schoolyard again …

You know how it ends; we all do…

During the Second World War the Jewish sisters Leah and Eva Münzer lived with their parents and their little brother in The Hague (The Netherlands). After the father was ordered to report to a Labour camp in Germany the family went into hiding. Both parents were betrayed and send to Nazi extermination camps. Their father died two months after the war. Their mother and little brother survived.

Leah and Eva were placed with friends of a neighbour, a Catholic family in The Hague. In early 1944 the woman’s husband denounced her and the two girls to the authorities. All three were arrested and send to a Dutch transit camp. From there both sisters were deported to Auschwitz where they arrived on February 8, 1944. Three days later Leah and Eva, 8 and 6 years old, were sent into the gas chambers and murdered.

You know History, we all do…

The Spirit of Evil

Obviously, you would expect antisemitism having died out after the Shoah. I mean, definitely. Yet German President Steinmeier concluded in his speech at Yad Vashem: ‘I wish I could say that our remembrance has made us immune to evil. But the evils of the Nazi era continue to exist today. The spirit of that evil is emerging in a new guise, presenting its anti-Semitic, racist thinking…’

Soon after World War II there were new pogroms. In Poland, Russia, some other places. And after the State of Israel was born there were massive pogroms in Libya, Syria, Egypt, Yemen, and Iraq. Since the eighties and nineties the rise of anti-Semitism has been loud and clear -from Europe to the Middle East to the USA.

According to a report by the Kantor Centre for the Study of Contemporary European Jewry at Tell Aviv University, more Jews were killed in antisemitic violence around the world in 2018 than during previous years in the last decades.

There is also something else. Nowadays acts of hatred and violence toward Jews are mainly by the radical left, Muslims and black people; it’s called: ‘the New Antisemitism.’

You’ve seen the videos on social media, we all have…

A survey from the University of Oslo in 2017 (Antisemitic Violence in Europe, 2005-2015) found that in Scandinavia, Britain, France and Germany, most antisemitic violence came from Muslims, including recent immigrants. And according to a recent EU survey the majority of antisemitic incidents is either done by Muslims, or by the left; barely 13 % was traced to right-wingers (One third of European Muslims believe the Holocaust was a myth, or greatly exaggerated). Whatever! Left wing, Islamist, progressive Green, anti-imperialist, reactionary Christian, who cares which Jew-haters have what kind of background.

Except, I used to have this perhaps childish idea about people from the left being the good ones, the ones who used to care for the wounded and the slandered, the defamed and the persecuted; in short, for all those who need our protection.

In the USA the majority of antisemitic attacks is still carried out by right-wing supremacists, but according to the New York Police Department (NYPD) more than half of the city’s reported anti-Jewish hate crimes in 2018 and 2019 were performed by black people and others of colour.

It seems to be open season against Jews nowadays. In New York City’s Jewish neighbourhoods Orthodox Jews -who are visible Jews- are intimidated and pestered almost daily by young black men, sometimes women. They are harassed and attacked with stones, machetes, automatic weapons, even explosives… In broad daylight. For-everyone-to-see.

Take someone like Tiffany Harris, a 30-year-old black woman from Brooklyn. Not the worst, neither the maddest, nor the craziest of her fellow Jew-haters. In fact, at first sight, there is nothing special about her. She looks like an average Afro-American woman -a bit overweight perhaps, that’s all.

Is that why I couldn’t stop thinking about her?

The 30-year-old woman slapped some Orthodox Jewish women in the face last December… Three women in their twenties simply talking with each other while walking down the street in their own neighbourhood, New York City’s Crown Heights!

A day later Harris attacked another Orthodox Jewish woman, who happened to take a walk in a street nearby!

At the time of her arrest Mrs Harris boasted: ‘Yes, I slapped them… And I cursed them out… I said: ‘Fuck you, Jews…

She confessed to the police she targeted the women because they were Jewish.

Or would that have been too simple?