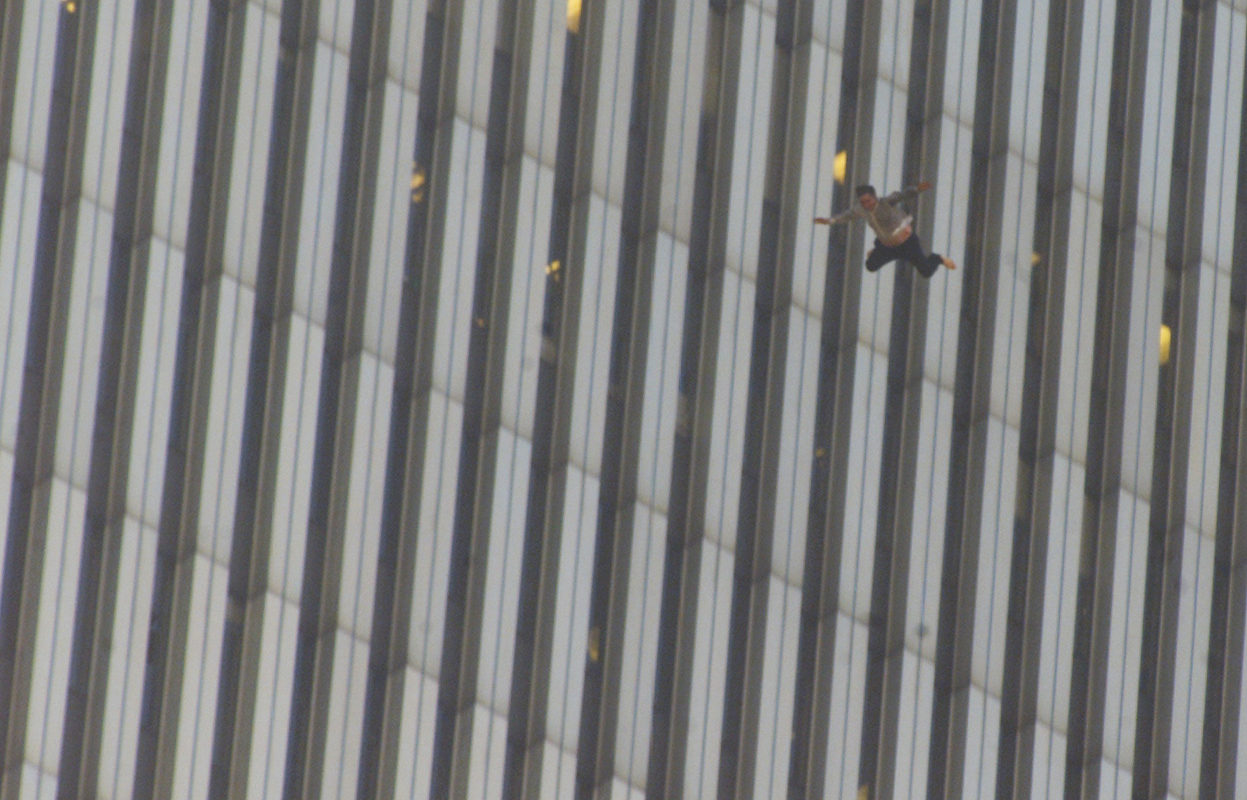 In just over a week it will be the eleventh of September again. Or 9/11, as it ’s known. Al Qaeda’s attack on the United States in 2001. Who will ever forget…

New York City. The Twin Towers –the tallest buildings in the world. Planes slamming into them.  The first tower burning… Then the second…

It was the first time the shortness of life truly hit me.

I was about to go to the gym. Searching for my training gear, my eye caught some flashes on TV. An action series, it seemed. But the images stayed the same. And there was this extraordinary yelling and screaming… I realized it was too chaotic for fiction, more like real life. What was going on?

We all know about Mohamed Atta now. He was the Egyptian ringleader behind the terrorist attacks, the one who crashed his plane into the North tower of the World Trade Center. Atta had a degree in architectural engineering from Cairo University and studied in Germany at the time, at Hamburg University of Technology.

I’d dropped into a chair. Completely taken by surprise. Dumbfounded too. These crumbling towers… And vast numbers of people trapped inside the towers…

Who will ever forget?

Mohamed Atta came from a successful, middle-class family; he had two big sisters, one a medical doctor, the other a university professor in zoology. Atta, the youngest, had been the only son of an ambitious attorney-father and a pampering mother –he’d continued to sit on his mom’s lap until he enrolled at Cairo University.

I’d been glued to the screen the rest of that day -after a while feeling rather awkward sitting there, realizing how relatives and friends of those involved were probably watching the attacks on the Twin Towers too. Of course! Somehow it didn’t seem right to witness of it all in the same way. But I continued watching.

All of a sudden you saw a few of the victims jumping out of the window… From different floors, the 20th, the 30th, whatever. More and more followed…

I realized they were jumping to their death… Of course, they must have known it too.

Some lingered on the windowsill –just for a tiny moment, before throwing themselves out of the window. Hurling into a vast unknown. Their life finished in a number of seconds.

What did you do today… my then-boyfriend said when he got home that night.

Years before, in 1996, Mohamed Atta wrote in his last will:
– the person who will wash my body near my genitals must wear gloves, so he won’t touch my genitals
– I don’t want women to come to my house, to apologize for my death
– I don’t want any women to go to my grave during my funeral or thereafter Many months later I’d still wonder what’s flashing through your mind when you only have a handful of seconds left? Are you aware of your predicament? Do you realize it?

What does happen in your brain? Would you have specific questions popping up? Like if you’d failed as a mum or a dad. Or why you hadn’t become a parent yet; and now there wouldn’t ever be a soul alive resembling you, not even a tiny bit.

Or would there be random thoughts about love? The ones you loved? The majority you didn’t but pretended to- for whatever reason. The one you didn’t find yet and now you never would…

No More Sex Ever

Maybe more mundane things would be popping up? How you’d always longed to surf and never did? Or wanted to take haute cuisine cooking classes in Paris? Or realizing you would have no more sex. Ever! Wishing you’d had more, regardless of deadlines, lack of sleep, and bad pitches about no-love-just-lust. Or would there be no time for any of it? Nothing at all? Would you go down way too fast?

Suddenly it felt as if I’d been looking at myself standing in the windowsill of one of the towers. As if everything I did witness on TV that afternoon had been about my own life and myself.  Pointing towards extinction. In seconds…

One moment you’re still there, alive, everything’s just fine, or so you think, assume, being too busy living, planning, and hoping; there’s no dying whatsoever. And the next moment you’re gone.

It’s over. In a few seconds, it seems. Everything is over. And you and your life in particular… Unplanned. Unexpected. Unanticipated. Dead! As if you had never existed. Never been here! Ever.

It took my breath away.

What had I done with my few seconds up until now?  I realized I had no idea. Worse, it felt like one big blur -my life so far… Where had I been?

What about you?  I‘d asked the ex-boyfriend.
Bullshit… he said and shook his head.

What will I do with my number of seconds still left?