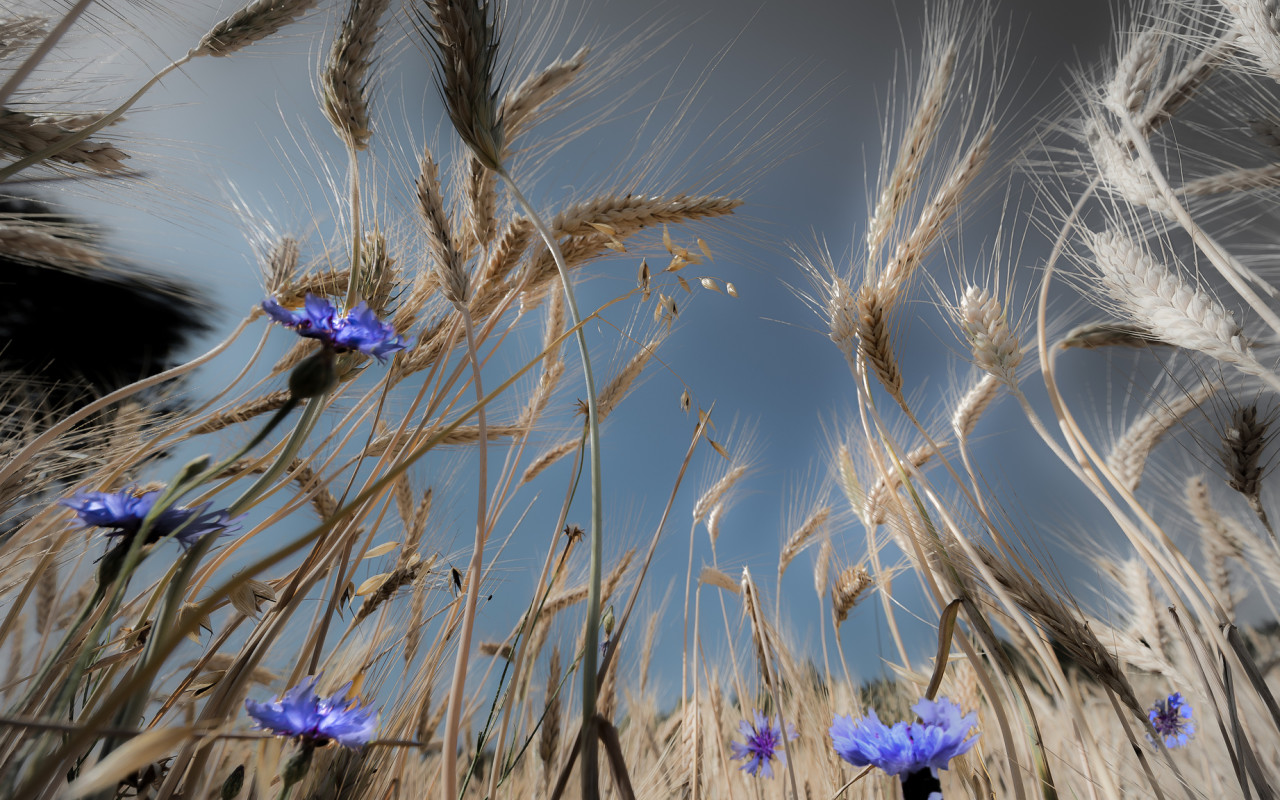 My grandfather was my first death. I was six years old and he’d always been around.

We lived in the same village, my grandparents on the outskirts -they were my mum’s parents-  and we in the centre.

I loved my granddad deeply, in the way that children do, unconditionally and passionately loyal.

My grandfather was my anchor in a world where grown-ups would come and go; forever busy, off to faraway places, lost in lives whose importance I didn’t understand.

We used to take long walks together along the cornfields outside the village. My hand in his. From time to time he would come to a halt and stare out over the fields. I couldn’t follow his gaze. I was too small, the corn too high.

Instead, I would look at him. At his familiar face. His bright-blue eyes narrowing against the light. The beginning of a smile around his mouth. He hardly ever spoke. He didn’t like words, he’d once said as if he owed me an explanation. I liked his silences. They were filled with recognition and encouragements.

One day I was told he was sick. But he ‘d never been ill! I couldn’t see him, my mum had proclaimed. He was in the hospital, and he had to recover. A month later he was dead. Cancer. He had died towards five in the morning. I ‘d overheard my mum speaking to someone down the hallway.

I didn’t get it. Dead? Apparently, he was gone… Why was he gone? And where had he gone to- without having told me anything? He would never do that. We often talked on the phone, every day sometimes. He would tell me what his plans were, what he was up to, ask me about school and how I was doing. Always!

I was not allowed to attend his funeral. Too young, or something like that. But when the death bells of the village started to toll, I’d sneaked out of the house. I felt it was my only shot. Death being completely mystifying to me, I don’t know what I expected. I just knew I had to be there too. Hiding near the cemetery, I was all set up for his arrival.

My parents were the first to show up. In between them my grandmother. She could hardly make it to the entrance. Other family members followed. Uncles. Aunts. Older cousins. Then friends, people from the village. I waited patiently, quietly, convinced he would come.

Finally, when it was almost dark and the funeral had long been over, I’d returned home…

Soon daily life had resumed. I must have gone back to school. I don’t recall much of it. Time was non-existent. Like death. Both far beyond my awareness.

Once in a while, I would return to the cemetery, after school, or whenever I had a chance. The gate was always closed, but I’d hang around the entrance. Play in the sand for a while.

Everything seemed the same. Yet nothing ever was.